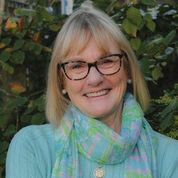 Patsy moved to Nantucket from New York in 1983. She was married at St. Paul’s in 1985 to Livingston (Link) Wright. Her daughter, Margaret, was an acolyte at St. Paul’s during high school and college. Her son Adam sang in the choir. Both children were confirmed at St. Paul’s.

The Wright’s are avid sailors. The family has spent many summers cruising the northeast Atlantic coast on their beloved Wendigo, a wooden Geiger sloop. In the summer of 1995 Adam was a sailing instructor at Nantucket Community Sailing during its inaugural year. Passionate scallopers, it is not unusual to see Patsy and Margaret, wading in the harbor, on a January day, foraging for dinner. Commuting to New York from Nantucket for 25 years, Patsy held various corporate marketing and communications positions in the wine and spirits industry. In 2014 she was Knighted by the Confraria do Vinho do Porto (Porto Wine Brotherhood). She also worked in Development for the Nantucket Conservation Foundation. Raised in Wellesley, MA she subsequently moved to New York to study theater arts at the prestigious American Academy of Dramatic Arts. While Nantucket is her primary residence, Patsy enjoys spending time at her pied-à-terre in Cambridge.